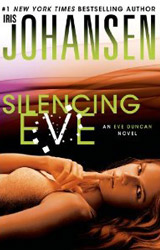 The paperback release of SILENCING EVE has given Iris her latest #1 New York Times bestseller. The climactic installment of Iris's new Eve Duncan trilogy spent several weeks on the list during its hardcover release last year. Like the trilogy's first two books, SILENCING EVE brings together characters from several of Iris's books in one epic adventure.

IN SUSPENSE WITH GEORGIA'S IRIS JOHANSEN
The Atlanta Journal-Constitution
, November 18, 2010

COVER TO COVER
Iris and Roy discuss their first collaboration in an in-studio interview at WRRS-FM Cincinnati., July 14, 2010 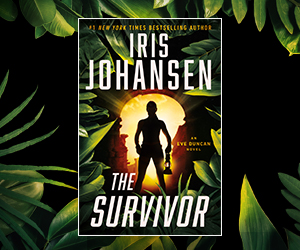