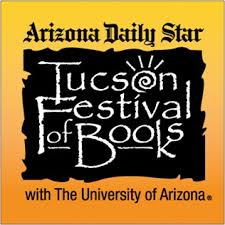 Iris appeared on three panels at The Tucson Festival of Books on March 14-15, 2015.  She discussed plans to feature Eve in a supporting role in her next two books, the Catherine Ling adventure YOUR NEXT BREATH (due out April 29) and the Kendra Michaels thriller THE NAKED EYE (July 16th).  Then, this fall, Eve will return in her own thriller that will mark "a momentus turning point for the character."  Iris also announced that Eve will feature in her 2016 books as well.

IN SUSPENSE WITH GEORGIA'S IRIS JOHANSEN
The Atlanta Journal-Constitution
, November 18, 2010

COVER TO COVER
Iris and Roy discuss their first collaboration in an in-studio interview at WRRS-FM Cincinnati., July 14, 2010